The Santa Anita Dam Project consists of the construction of a new spillway on an existing concrete arch dam. This project is managed by Kiewit Infrastructure West and is being poured by JLS Concrete Pumping (a division of Brundage Bone CP). This project includes rehabilitation of a dam that was built in 1926 and is expected to add another 100 years to the life of the dam. There were structural issues and engineering changes that required the removal and replacement of nearly 200 yards of concrete over two pours. The location of the work and concrete placement required careful planning.

The first pour was supposed to be done near the dam, but it was discovered that the ground was undermined and could not support the pump. This meant the pump needed to be backed up over 700 feet from the initial location and required a total of 1,180 feet of Con Forms ¼ wall pipeline with an elevation drop of 145 feet for a pour of only 40 yards. This took careful planning as the pipeline itself contained over 5 yards when it was filled.

The second portion was even more dramatic. Although the road was now repaired eliminating a 700-foot system, it now included 320 feet of elevation drop for a total of 580 feet of system for a poor of 140 yards. A circular pipe system was used near the bottom to slow that concrete down and prevent to concrete from draining out and causing a potential system blockage.

Con Forms provides confidence to pumpers on more complex projects. This helps ensure that the job is planned and poured the best and safest way possible. 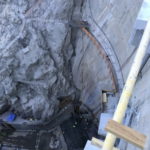 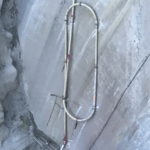 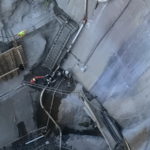 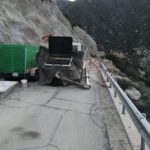 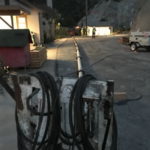 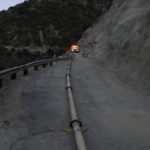 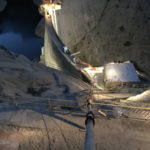 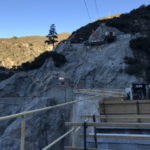