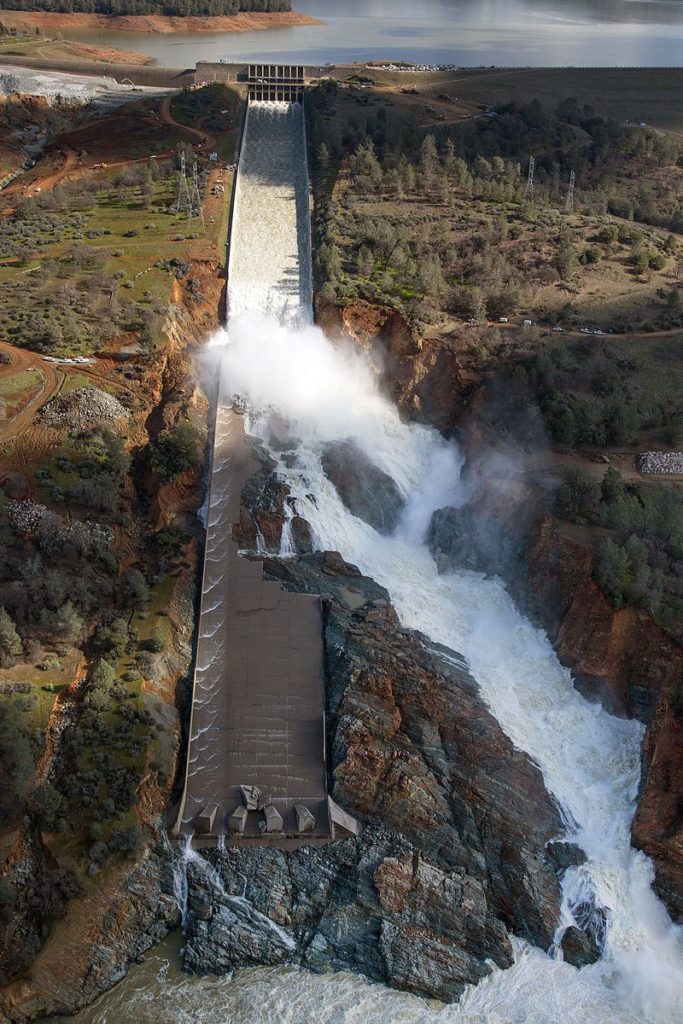 Heavy rainfall during the 2017 California floods caused severe damage and potential failure of the Oroville Dam main spillway in February, 2017.  The damage ultimately resulted in the evacuation of more than 180,000 people as erosion of the emergency spillway threatened complete failure, which would send a massive wave of water into the Feather River and into communities downstream.  Thankfully these fears were not met and emergency services were able to slow the erosion to the landscape as water levels subsided, however the damage to the spillways were extensive.

As of now, The Department of Water Resources said it has largely completed the $1.1 billion reconstruction and recovery project prompted by the near disaster.  Phase 1 reconstruction of the main spillway involved pouring an incredible 1.2 million cubic yards of concrete.  The rebuilt structure is now ready for use, with the DWR calling it a “new and modern spillway using the best available engineering technology and construction practices.”

Work will continue through early 2019 as Phase 2 of the project aims to reinforce the emergency spillway with additional concrete and improve both spillways to prevent future water damage.  Conco Pumping has been on the job doing their part of the spillway reconstruction using Con Forms pipe and our 18-3 Spider Placer (rented from CF customer Interstate CP in French Camp, CA). 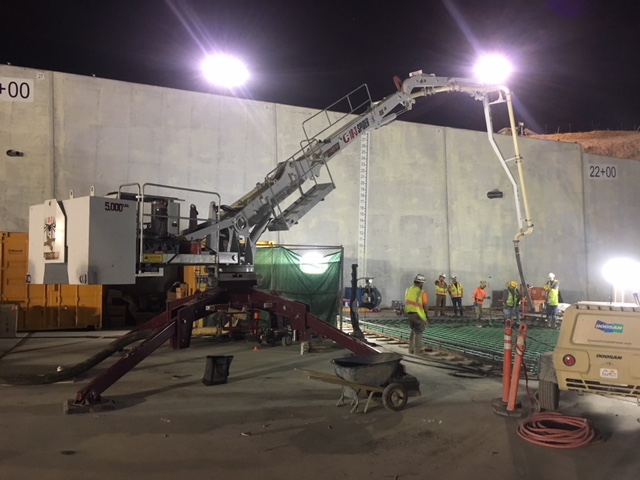 There was limited access to numerous pours that was beyond the reach of Conco’s longest booms. The Con Forms Spider solved their issue by adding an additional 18m of flexible reach capabilities to access all areas of the pour.  Placement was simplified and worker fatigue was reduced by not needing to drag the hoses for the flat work.  The 18-3 boom also allowed them to easily pour columns and stem walls with the additional reach, which otherwise would have been a very difficult and cumbersome task.

Con Forms continues to provide the safest and highest quality systems to pumpers working on the Oroville Dam project as they continue to improve its structural integrity.