Con Forms was recently recognized by Portal, Inc. for its contributions to those living with disabilities in Ozaukee County.

Portal, Inc. is a not-for-profit organization with the mission to provide life enhancing services to those with disabilities in Ozaukee County. The presentation of the “Make it Work” honor was part of a community luncheon where several firms were honored for their continued support.

Mark Troyer, Con Forms Vice President of Manufacturing and Engineering was a keynote speaker at the luncheon. He discussed how much Con Forms has gained from employing members of the community through the Portal, Inc. partnership. Con Forms and Portal, Inc. trade various projects back and forth which benefit both organizations.

“Con Forms is the real winner here, the contributions to our business, team, and culture are tangible and meaningful”, said Mark Troyer.

Craig Busateri, who came to Con Forms through Portal, Inc. was recognized for his achievements at Con Forms and was hired to work at Con Forms in August of 2016. 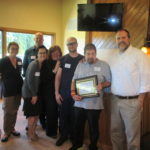 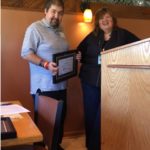 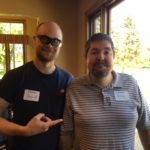